WRITER FOR HIRE: Completed Projects, Pending, Under Contract, or “in development”

Book to Script adaptation for this remarkable woman.
COMPLETED – January 2023
TRUE STORY, BIOGRAPHY
THAT DOOR, a book by by Irene Huston

Get the Book HERE


NOW, a play. In development.
THAT DOOR, a play by Hester Schell,
based on the book by Irene Huston

LOG LINE:  A shattered soul recovers from child sexual abuse through faith, forgiveness and service to others in this true story of God’s intervention to heal us.

SYNOPSIS: Sexually abused at a very young age, followed by motherhood at 16, Carmen’s trauma affects every aspect of her life and mental health: school, work, motherhood, intimacy, self-esteem. Under soul crushing PTSD, she attempts suicide. The healing begins when the light of the Lord, Jesus Christ, gives her a path forward, literally steering her car off the road, twice. By forgiving her abusers and making a commitment to help other victims she becomes a whole human being. A true story of human triumph, faith and healing.
Next Steps:
Theatrical Production, In Development.

LOG LINE: He searched for freedom in the skies, he found it in a prison cell.
SYNOPSIS:
A Matter Of Time is a true story of an American Dream gone wrong…a nightmare of one man’s journey through hell as he descends from all-around good guy, decorated military pilot, father and entrepreneur into the depths of despair in the brutal federal prison system. In order to survive, he must find the courage and self-respect to overcome terror and adversity. When all seems lost and hopeless, he finds purpose and meaning in his life by helping others.

COMPLETED – 2021
Biography/Journal to narrative memoir
AMATY IN SPRING by Tom Brim
From Journal notes and logs to a manuscript in preparation for publishing.
SYNOPSIS: An ambitious young teacher spends a year in hell teaching at the university in Kasakhistan. For he and his wife to survive the school year they must learn the local customs: corruption, bribery and extortion All in a day’s work.

“Finding the right performers… is no easy task… but thanks to Casting Revealed, it just got  a bit easier.”
Chad Gervich, Producer

“This book reminded me of how much the Academy needs to award an Oscar® for casting directors. Because casting is an art form, and Hester’s book is the best I’ve read on demystifying the process”. Jon James Miller, producer

“ …even old pro’s will find this valuable.”
Steve Michelson, producer

BACKSTAGE REVIEW:
In her (new 20211) book “Casting Revealed: A Guide for Film Directors” (published by Michael Wiese Productions), author Hester Schell explores the intricacies and importance of the casting process.

HOW TO BE A WORKING ACTOR, 5th Edition Watson/Guptill 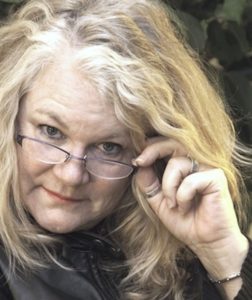